Southeast Asia $200B Internet Economy and Huge Opportunity for Ecommerce 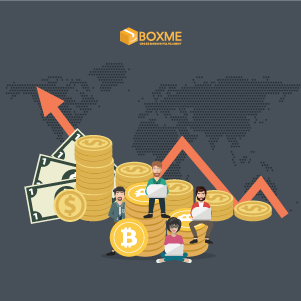 Southeast Asia is projected to be the next ecommerce hub of the world with the value of $200B by 2025, according to a recent report by Google and Temasek. What opportunity will businesses gain in this promising land? With existing 260 million internet users out of 600 million people and 3.8 million new users per month, Southeast Asia is the fastest growing internet market in the world (2015-2020), said Google. In combination with unique factors of thriving young population (70% of people are under 40 – World Bank data), surging middle class (forecasted GDP growth of 5.3% over next 10 years) and the lack of traditional retail store access ( ~1/3rd of US), the region is expected to be the most promising destination for ecommerce. Google and Temasek estimate that the internet economy of Southeast Asia will be worth $200B by 2025. It is an once-in-a-lifetime chance for businesses who have cutting-edge approaches to lead the field in this ever-changing competition.

There is no doubting that Southeast Asia is a potential market for both both local and foreign players. However, “potential” doesn’t necessarily mean “fruitful”. The total first-hand ecommerce market in Southeast Asia is expected to reach ~$88 billion by 2025, a rise of 32% per year in average. It seems a great deal, but is just a tiny number compared with offline retail value. You might want to dig deeper into the e-economy SEA report:

e-conomy SEA by Google and Temasek from economySEA

Before entering this emerging market, you should be fully aware of difficulties which may come to be the next barriers for your business: Even though Southeast Asia is the fastest growing internet in the world in number of new users, most countries in the region still experience low internet speed (below global average of 23.3mbps, according to Ookla speed test)  due to geographical constraints. We expect to a significant improvement of the region internet infrastructure in the coming years with innovative PPP initiatives, which will creates more favourable conditions for Southeast Asian to access ecommerce ecosystem. Because of the natural topography and the inadequate investment in transportation infrastructure, logistics industry in Southeast Asia is still under its potential. Traditional delivering solutions are costly and time-consuming, which requires initiatives to optimize. Besides, as COD is still the dominant payment method, smart last mile delivery options like WeShip should be paid more and more attention.

And huge opportunities for cross-border ecommerce From Alibaba aquisition of Lazada

You may remember the well-known acquisition of Lazada by the Chinese ecommerce giant Alibaba in April 2016 to own 51% of Lazada stake and then the second deal to raise its stake to 83% in June 2017. It was the strongest evidence of Jack Ma belief in the huge potential of Southeast Asia ecommerce market.
With Lazada’s acquisition, Alipay and Ant Financial services of Alibaba are expected to be the alternative e-payment methods for COD in the region as they were successful in China in the past. Chinese firms who have ambition in capturing Southeast Asia market can take this opportunity to exhibit and sell their products on Lazada of Alibaba in the region.

To opportunities for all stakeholders in the region The Southeast Asia digital economy in general and ecommerce in particular are still open for all investors and businesses as the next goldmine after China. Which piece of $200B cake will belong to you in the next 10 years, it depends on what you do today.