e-Commerce in Asia and the Pacific as a whole is booming. It is already the world’s largest retail e-commerce market with the bulk of sales (47 percent) coming from China, but total sales are expected to almost triple from $1 trillion in 2016 to $2.7 trillion in 2020. The main factors behind this are an expanding middle class, rapidly increasing mobile utility and Internet penetration, growing competition among sellers, and improving logistics and infrastructure.

However, recent ADB research shows that Southeast Asia, to much surprise, is lagging far behind the rest of the region. In Southeast Asia, the e-Commerce market is still at a dawning stage, due particularly to underdeveloped digital payment methods and a weak logistics framework. 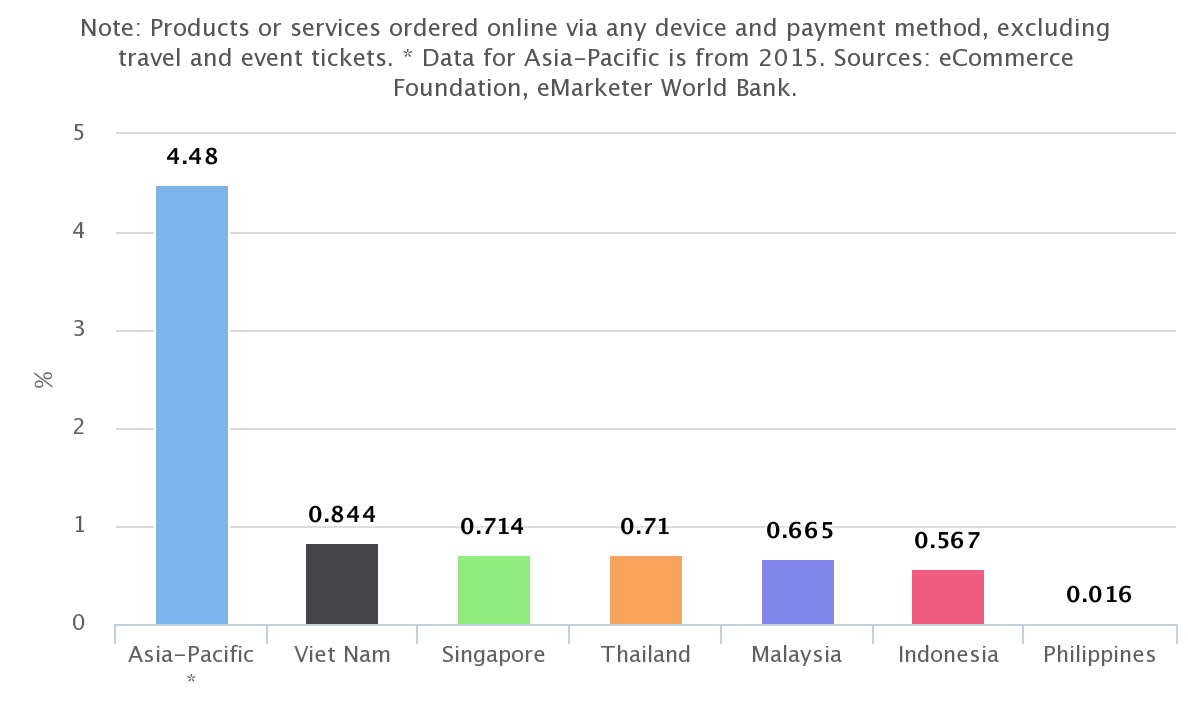 The number of companies in Southeast Asia having their own websites and use email to communicate with clients – a vital element of B2C (business-to-consumer) interactions, which comprise almost 50 percent of e-Commerce turnover – are both well below the regional average.

But thanks largely to social media, this will soon change, hopefully for the better.

Social commerce – sales driven by social media – is a potential game-changer for e-Commerce in Southeast Asia. It accounted for 30 percent of all online sales in the region in 2016 and will likely increase its share in the years to come.

It is Southeast Asia’s relatively young population and improved access to the Internet on mobile devices that propels the growth of social commerce. According to a 2017 study by Hootsuite and We Are Social, approximately 47 percent (306 million) of people in Southeast Asia are active social media users. 42 percent of the population (273 million) accesses social media networks via mobile devices. 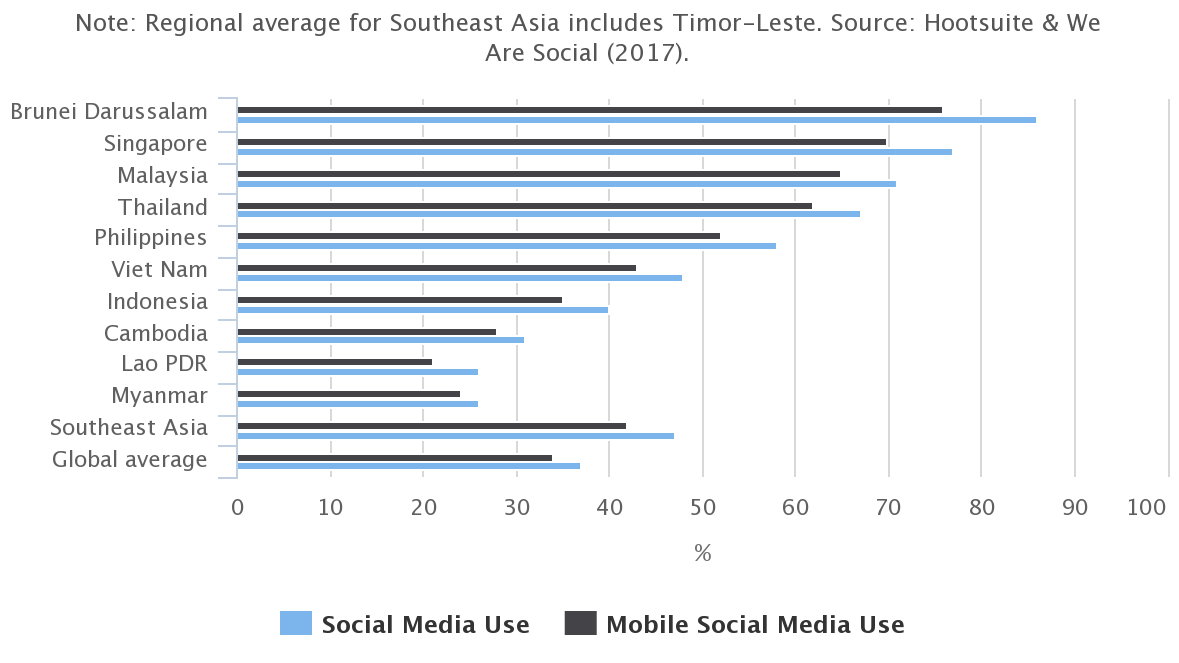 Seven Southeast Asian countries currently have social media penetration rates higher than the global average of 37 percent: Brunei, Singapore, Malaysia, Thailand, the Philippines, Vietnam and Indonesia. In addition, there’s also a blooming in the number of active social media users in these countries between January 2016 and January 2017 of above 20 percent.

Indonesia (39 percent), the Philippines (32 percent), and Vietnam (41 percent) are ranked among the top ten countries with the highest growth of mobile social media users during this span.

So could social media actually be the future of online retail in the region? Facebook and Instagram, for instance, could and has already become the preferred platform for most SMEs. Pinterest and Twitter are also emerging niche playgrounds, despite their relatively smaller user base.

Creating an Environment Favorable to Growth

For social commerce to be successful in the future, it is essential to develop the necessary market infrastructure and legal frameworks to facilitate transactions. One solution to unlock the region’s e-commerce potential could be messaging apps. By engaging customers directly online and making business communications more private, these apps could help build consumer trust in the online transaction process and partly address the lack of security and confidence that haunts online payments and delivery.

Finally, SMEs and local startups could be the prime beneficiary of social commerce through reduced costs and improved market access both domestically and across borders. Below are some key recommendations for Southeast Asian countries eager to capitalize on social media for e-Commerce:

The Importance of e-Commerce and Fulfillment Systems Integration